Maybe you’ve heard it before: Social Signals are THE most important factor in SEO. OR Social Signals do not effect search engine rankings. Both of these statements have been made by so called experts in the SEO space and depending on who you listen to you may feel strongly one way or another in this post we hope to help you get a better grasp on the truths and myths around the topic of social signals.

What are Social Signals? 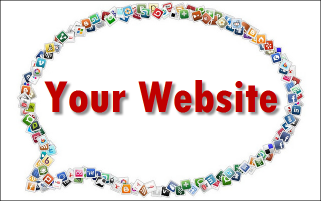 For those that aren’t as nerdy as us at Growth Marketing, social signals are things like Facebook Likes, Shares and Comments; Tweets, Re-Tweets and Favorites; Google +1s, YouTube Subscribes and Favorites and any other social media sharing of your content. To put it in context let’s say you created a new video and wrote a blog post, you added both of those to your website. You then shared that content on Facebook, Twitter, Google Plus and YouTube. Because it was so awesome people liked, shared and commented on it, these likes, shares and comments are called social signals. While it’s obvious that having those likes, shares and comments are a great way to reach more people through social media, in this post we will be talking about whether or not these have an effect on search engine rankings.

If you read many forums or SEO news sites you have undoubtedly come across people sharing this opinion, including many people on Moz.com, SearchEngineJournal.com and even information product marketers like Andy Jenkins and Mike Filsame. They tell you thinks like Google is moving away from backlinks and focusing on social signals and after Panda and Penguin most people were beginning to believe this opinion. There was even a great infographic put out by Quicksprout that showed ‘proof’ of social signals being the reason for rankings

This graphic is nicely done and does show some very compelling evidence but let’s take a look at the other side.

While a much less popular opinion there are still a number of SEO experts that claim that they don’t matter, they range from people that say they have zero effect to those that say they have a minimal effect or only matter when all other elements are equal (which never really happens but hypothetically). The big news came a few weeks ago when Matt Cutts the head of Google’s webspam team (the division in charge of the ranking algorithm) put out a video claiming that social signals are irrelevant to rankings.

For those that don’t know Matt Cutts is basically ‘The Guy’ when it comes to knowing what Google is thinking and what they want to see from a website. The problem with his advice is it may be a little skewed or maybe even dis-information. Just like if you were to ask a bank president what the best way to rob the bank is you’d probably get an answer that would get you caught or you ask the IRS what the best way is to get out of paying taxes and they tell you it’s impossible, Matt simply tells you to do what they want you to do not necessarily what will get you the best rankings.

What is Growth Marketing’s Stance on Social Signals

Both sides have a number of great points and when Matt Cutt’s video came out a few weeks ago it made huge waves in the search engine marketing communities because so many people have been going around saying the exact opposite. 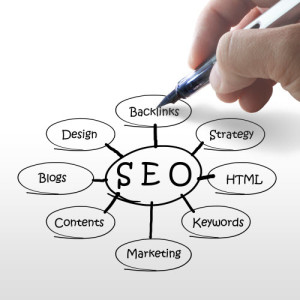 Our stance is a blend of the two, first we believe social signals are very important because they give social proof to site visitors and help establish credibility. In addition they can bring more traffic, if you share an interesting article on Facebook with friends that have the same interest those friends will often visit the site and they may buy something or re-share the article with their friends. So in that regard they should NOT be ignored.

At the same time social signals do not have a major impact on rankings, one quality backlink from an authority website will trump hundreds of Facebook likes any day. However this is not the end of the story because there are a number of other pieces that are effected by social signals.

If a friend shares an article you may spend more time reading it because your friend found it valuable plus you may look around the site because it’s new. These increase the time on site and lower the ‘Bounce Rate’ which can increase rankings.

If someone that you have circled on Google Plus shares an article about a topic you are searching for Google may show it because it believes that to be more relevant because a friend shared it.

Last but not least as much as Matt says they don’t give credit however there are numerous case studies from others and ones we have performed that show it DOES have an impact, though not major it can improve rankings and it does give your website link diversity which is important to the search engines.

Social signals are vital to success online however your SEO strategy should not be built around them. Make sure you share your content through your social networks and grow your following because that in itself will generate more traffic and sales. Build an SEO strategy around the items laid out in the ‘What is SEO?‘ make social media part of your overall marketing strategy just like networking groups, direct mail and offline advertising!

How can we help GROW your business today?

Fill out the exploration form for a quote today!